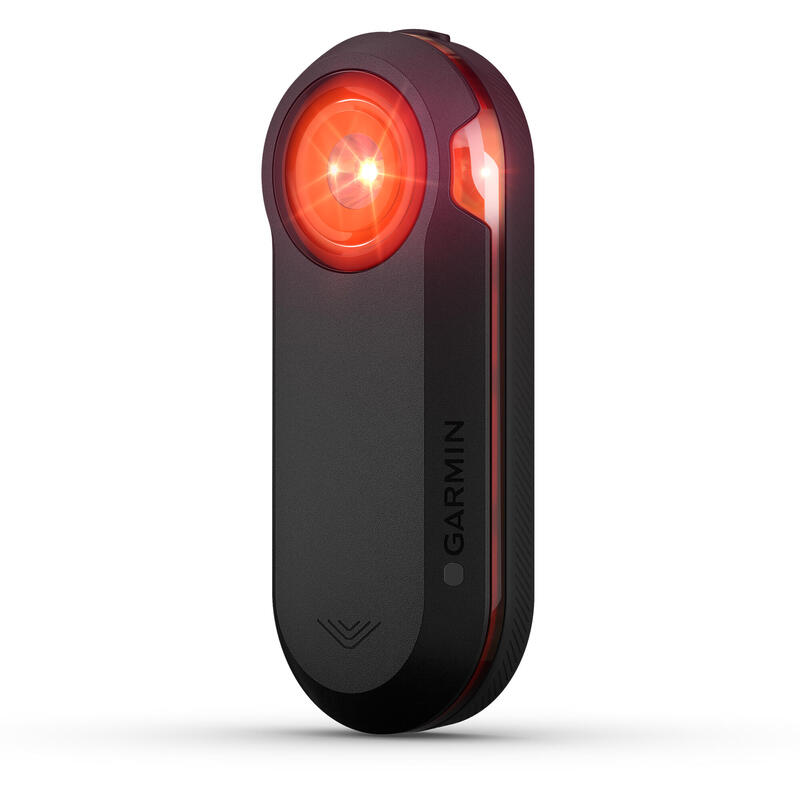 This rear radar and light connects to your Edge® bike GPS device or your smartphone to tell you when a vehicle is approaching from behind.

See and be seen when cycling with the Varia radar.

Warn drivers of your presence from up to 1.6 km away

A rear radar that avoids any unpleasant surprises. One radar. Several display options. Pair it with your compatible Garmin device, your phone, or both. Shine. The rear light's power enables approaching drivers to see you from 1.6 km away in daylight.

The Varia™ app has your back if you use your phone as a main or second screen.

Use your radar and rear light for longer thanks to the 16 hours of battery life in daytime flashing mode.

The Varia™ RTL515 rear radar sends you visual and audio alerts when a vehicle is approaching from behind, from up to 140 metres.

The Varia™ RTL515 has several modes, including peloton mode, which uses a low-intensity flash that won't dazzle other riders when you're riding in a group.

The Varia RTL515's flashing mode (65 lumens during the day and 29 at night) and steady mode (20 lumens) make you visible from 220 degrees at a distance. The light flashes to show approaching drivers that you are there. Its battery lasts 16 hours in flashing mode and 6 hours in steady mode.

CONNECT TO YOUR VARIA DEVICE

Pair your Varia RTL515 radar with the Varia app on your smartphone. The app shows the position and speed of approaching vehicles and gives you audio and vibrating alerts.

With its sleek, vertical design, this radar won't get in the way of your legs and can be installed on most road, touring and other classic bikes.

This radar works perfectly with the Edge GPS computer and with compatible smartphones, as well as with certain Garmin wearable devices and the radar screen (sold separately).

WORKS WITH THE VARIA APP

This smartphone app helps you stay vigilant by supplying graphics along with audio and vibrating alerts to tell you the speed and position of approaching vehicles.

When used with a compatible smartphone, the Varia radar integrates with your favourite apps such as Ride with GPS to show alerts over your maps.