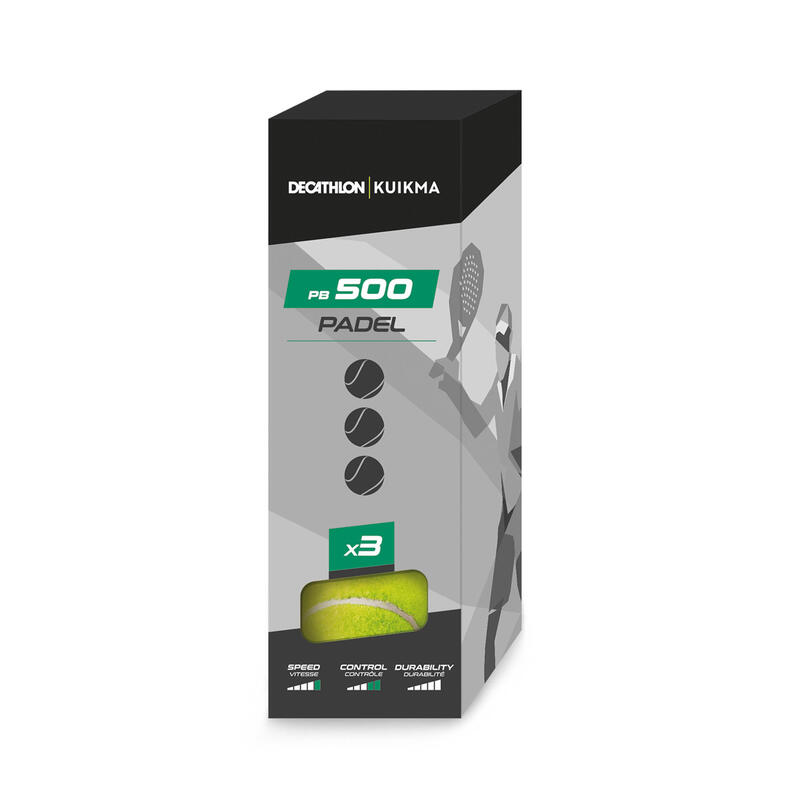 Designed for occasional use by intermediate padel players looking for a pressureless ball that retains its bounce quality over time.

Pressureless ball that keeps its bounce quality over time.

Good resistance to wear thanks to the proportion of synthetic felt (85%).

Controlled ball acceleration thanks to its hard rubber core.

Trajectory control thanks to its 15% natural fibres.

To start off on the right foot, our design team has some tips:

While balls are usually packaged in a pressured tube, these balls come in a non-pressurized cardboard box.