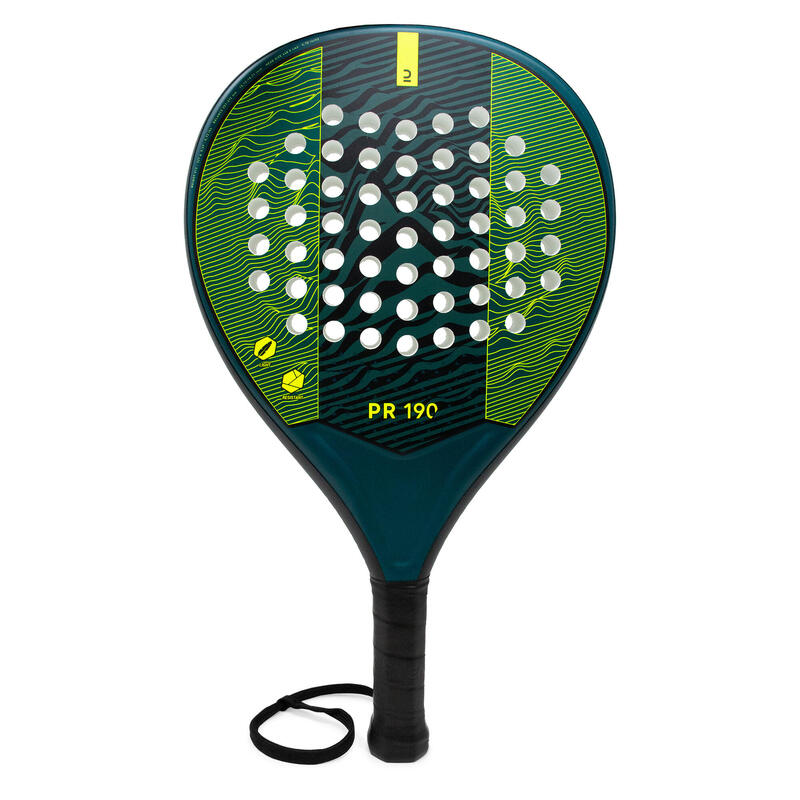 The ideal bat for beginner padel players looking for a bat that's easy to handle.

What is Full EVA?

This is a Decathlon-exclusive padel innovation: The racket is made from a single piece of EVA foam covered with a composite fibre surface. The larger EVA foam surface increases the head's sweet spot and therefore makes it more forgiving of centring errors, resulting in better ball control.

To start off on the right foot, our design team has some tips:

It's best to carry and store your bat in a cover to protect it.

Our research centre is based in Spain and is specialised in design and engineering. Its role is to identify users' needs and bring them back to our design centre in France.

Prototypes are tested on padel courts with the type of users for whom the products are intended. Product durability is then tested at our design centre. This allows us to approve our products based on their quality.