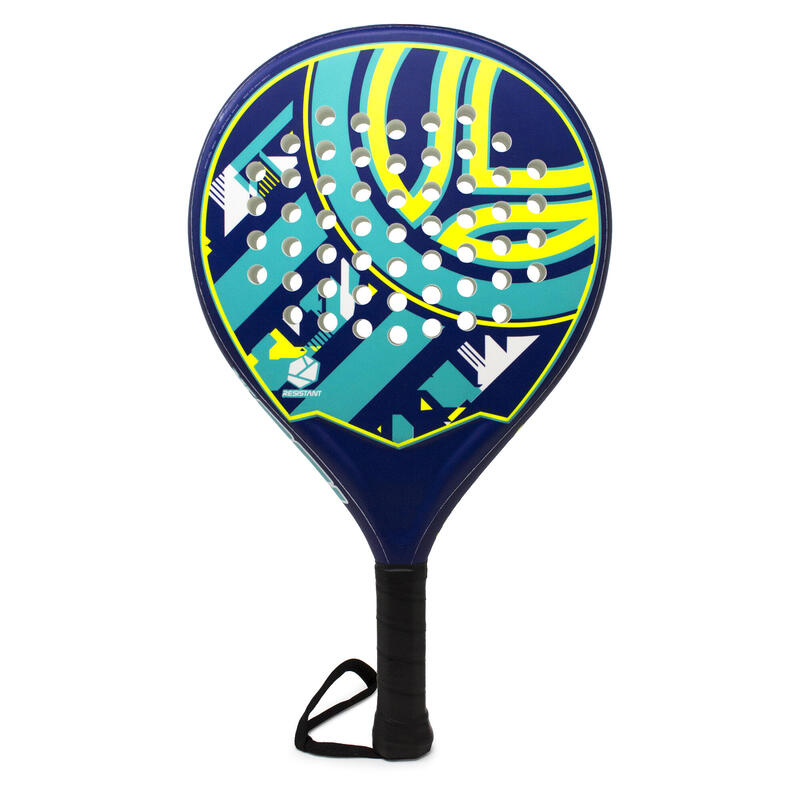 Ideal for beginner junior padel players wanting a racket that combines ease of handling and control.

The 36 mm size and light weight let you react quickly.

The Full EVA design is very forgiving of centring errors.

What is Full EVA?

This innovation is exclusive to Artengo, Decathlon's padel brand. The racket is made from a single piece of EVA foam covered with a composite fibre surface. The larger EVA foam surface increases the head's sweet spot and therefore makes it more forgiving of centring errors, resulting in better ball control.

Store your bat after each use.