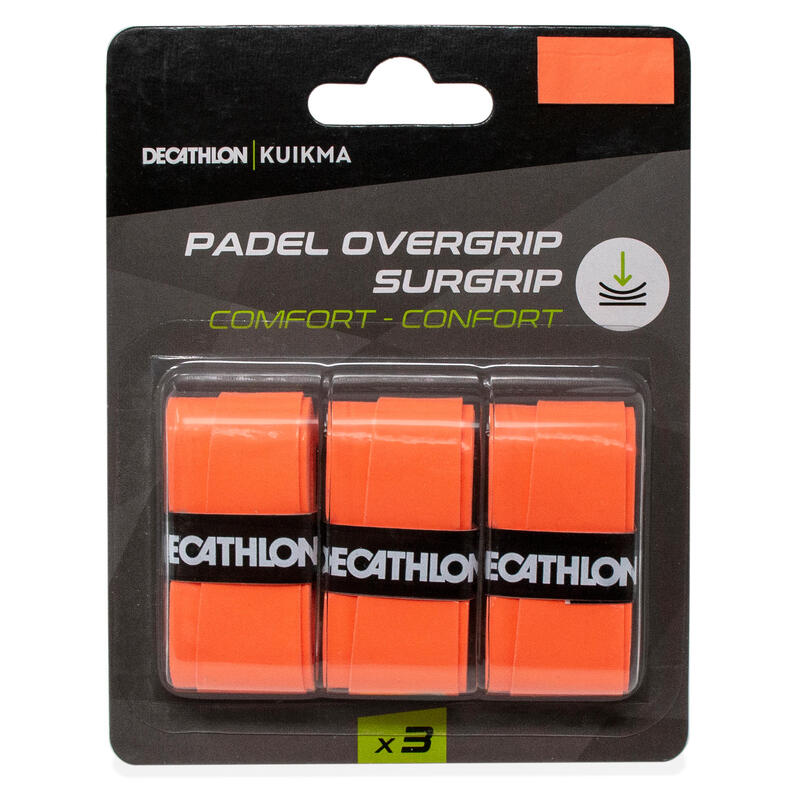 Designed for padel players of all levels seeking a comfortable, tacky overgrip.

This easy-to-apply overgrip will provide comfort and grip.

Made from 100% polyurethane for added comfort.

Where does padel come from?

What are the rules of padel?

Matches are played in teams of two (doubles). Two serves are allowed and must be played underhand, diagonally across the court. One bounce is allowed. The ball must bounce on the floor and can then hit any part of the court. The ball can be hit against a wall after it has bounced (wall only, not the metal fence). The ball can leave the court after bouncing and can be hit back into play from outside the court. The points system is the same as tennis.

How should you start playing padel?