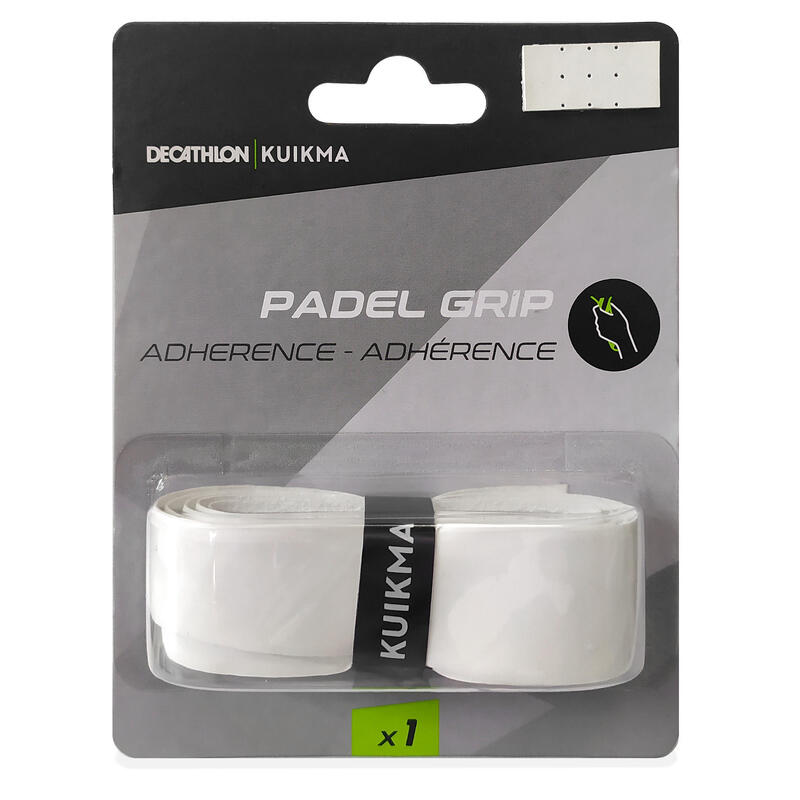 Designed for players of all levels looking for a tacky and durable grip.

This easy-to-apply overgrip is very grippy and absorbs perspiration year-round.

Its non-slip structure and protective film provide plenty of grip

The material's density and texture make it very comfortable to play with.

Where does padel come from?

What are the rules of padel?

Matches are played in teams of two (doubles). Two serves are allowed and must be played underhand, diagonally across the court. One bounce is allowed. The ball must bounce on the floor and can then hit any part of the court. The ball can be hit against a wall after it has bounced (wall only, not the metal fence). The ball can leave the court after bouncing and can be hit back into play from outside the court. The points system is the same as tennis.

Avoid major temperature fluctuations.Keep your grip in a dry place.