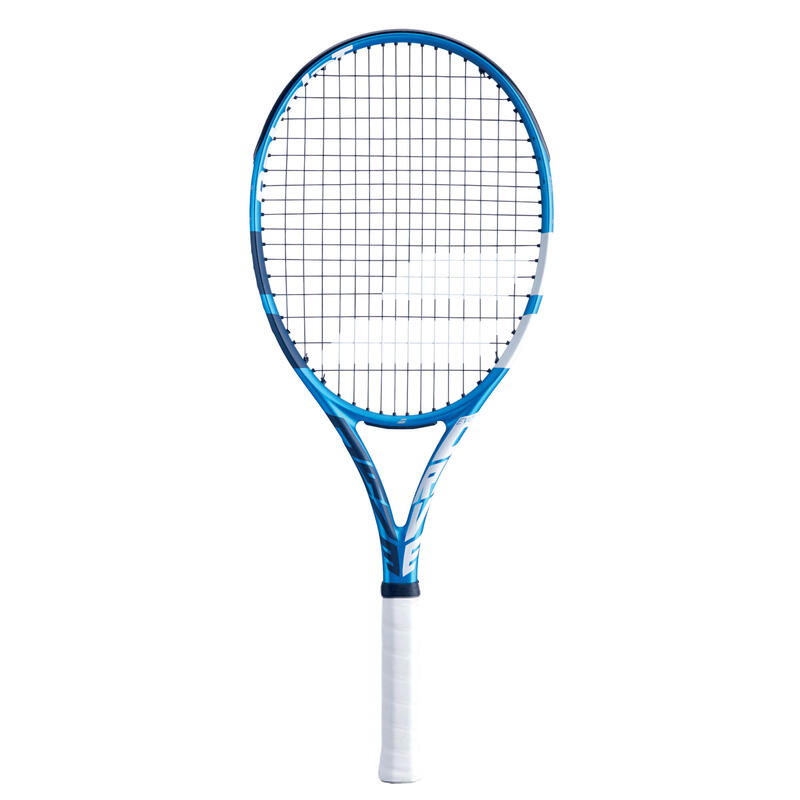 This racket was designed for intermediate tennis players looking for a powerful, lightweight racket.

The new Babolat Evo Drive Lite gives you easy power and is available in a lightweight version weighing just 255 g.

255 g.
Weight: The weight is measured in grams. Just like balance point and length, the weight impacts a racket's swingweight and therefore its manoeuvrability, stability and ability to transfer energy to the ball (power). The heavier the racket, the more power you'll get, but the harder it will be to handle. The lighter the racket, the easier it will be to handle, but the trade-off is less power.

70 Ra
Ra: This refers to the racket's stiffness, i.e. how much it bends under the impact of the ball. The stiffer the racket (the higher the Ra), the less it bends. The energy lost on impact is minimised and returned to the ball via the strings. Generally, a stiffer racket offers greater power.

Length: This is the length of the racket from the bottom of the grip to the top of the head. It is measured in centimetres. The longer the racket, the more power you'll get, but the flip side is that it will be harder to handle. The shorter the racket, the easier it will be to manoeuvre, but you'll have to give up power.

The new SMAC technology is integrated at three key points in the racket for improved shock absorption.

This system connects the frame and strings: it offers longer ball-to-string contact for improved control and comfort.